Finnhütten at the Bathing Lake

A beer garden under the trees with home-cooking – from schnitzel with French fries to vegan stir-fried vegetables.

n the Finnhütten at the Bathing Lake, the boss still cooks himself – always fresh and with good ingredients. The amount of love put into the food can be seen by the “hand cut” homemade fries alone. In addition to basics, there is an ever-changing menu, which is put together by the Finnhütten team according to their mood, but also to match the weather and guests´ wishes.
Here everyone gets their money’s worth (or appetite´s worth). For example, when a Polish Week or a Steak Weekend is declared, the Finnhütten always have summery light meals, such as salads or vegetarian and vegan dishes always available. If they are not on the menu, just ask for it and the chef will conjure up something. There is also a wide selection of drinks and an ice cream for dessert.
The guests in the Finnhütten are as colourful as the menu. They are made up of regulars, concertgoers to the Parkbühne, international students of the HTW (Hochschule für Technik und Wirtschaft (University of Applied Sciences for Engineering and Economics)) and residents from the surrounding districts.
The Finnhütten can also be booked as a location for private celebrations and events such as birthdays, consecration of youth or weddings.

The Finnhütten were built on the occasion of the 1973 World Festival and initially served as a kiosk, which mainly served children´s snacks and drinks such as sausages, fizzy drinks and soft ice cream. At that time, the Wuhlheide was largely a Pioneer Park and attracted a corresponding number of children and young people.
In 1986, the parents of the current tenant, Michael Schindler, took over the Finnhütten and continued to operate in the same manner. When Mr. Schindler followed in his parents’ footsteps in 2004, he gradually changed direction. He renovated, renewed water pipes and re-wired electrical lines, enlarged the capacity by creating more seats, and changed the menus. The kiosk of those days has become a full restaurant establishment. 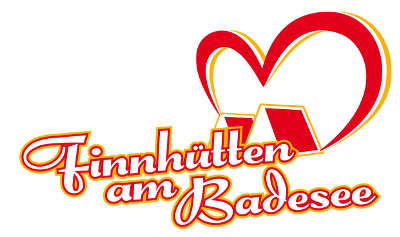