Astrid Lindgren Stage in the FEZ

Dive into a world full of adventure, fantasy, music and poetry

“If I have made even one child’s soul happy, then I am satisfied.” The team of the Astrid Lindgren Stage is also committed to this credo of its patron. Like the world-renowned Swedish children’s and youth author, it enchants its young audience with a varied programme and encourages the children to be themselves and follow their imagination and curiosity without a care. The Astrid Lindgren Stage has 559 seats and, in addition to guest performances from the music, dance and puppet theatre sectors, mainly shows its own repertoire pieces from Astrid Lindgren such as “Pippi Longstocking” (“Pippi Langstrumpf”), “Mio, My Son”(“Mio, mein Mio”) or “The Little Water Sprite” (“Der kleine Wassermann”) from Otfried Preußler.
Around selected plays, the Astrid Lindgren Stage also offers a theatre-pedagogical supporting programme, which includes preparatory teaching materials for teachers, follow-up workshops with experienced theatre educators as well as stage performances and discussions with actors. 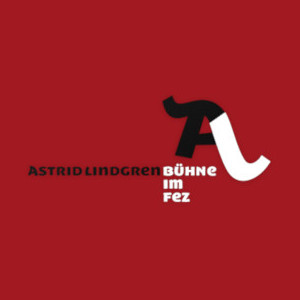