Germany’s second largest open-air stage is idyllically located in the heart of Wuhlheide. Every year the stage, which is a listed building in the form of an amphitheatre, is known far beyond Berlin and offers outstanding concert events with national and international stars. In 2008, the stage was awarded the “Live Entertainment Award” as “Location of the Year”.
The concert programme at the Parkbühne Wuhlheide has long been one of the highlights of Berlin’s cultural spectrum. From the Ärtzten and Seeed to Robbie Williams and Bruce Springsteen, from opera to hard rock, from free family concerts to large television recordings, breathtaking open-air concerts are offered here several times a year.
Events

The park stage was built on the occasion of the “3rd World Youth Festival” in summer 1951. On the walls of rubble, rows of seats for about 20,000 visitors were arranged in terraced oval form on the inside. Large open staircases led from the outside to the upper ring of the rampart and to the seats. In the following years, many cultural and political events took place here.

The stage area with a playing surface of 22.5 x 16 m received a permanent tent roof on a steel construction, on which up to 16 tons of additional load for light and sound can be suspended. All functional and secondary rooms as well as the infrastructure were also completely rebuilt. The stage can now accommodate up to 17,000 spectators.
The reopening as “Parkbühne Wuhlheide” took place in June 1996 with a concert by the Brandenburg Philharmonic Potsdam. At the beginning of 2003, the open-air stage was renamed “Kindl-Bühne Wuhlheide”. Since 2018, it has been called Parkbühne Wuhlheide again. 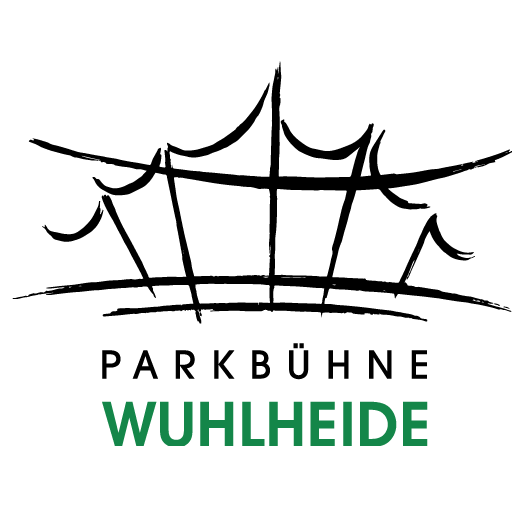